EPF PIN member Tom Foster, who convenes PIN’s local organizing work group, was part of an Eyewitness Palestine  delegation to Palestine/Israel last year.  He writes here about one of the sites visited and the group with whom they met, Zochrot.

We visited the site of Lifta, one of over 500 localities from which Palestinians were expelled by force in 1947-48.

Lifta is unique or nearly unique in that the broken shells of the stone houses still stand.  The Israeli government has established the area as a nature preserve, one of many tactics to erase the history of this occupied land.  The sign at the entrance makes no mention of the town or of its inhabitants. 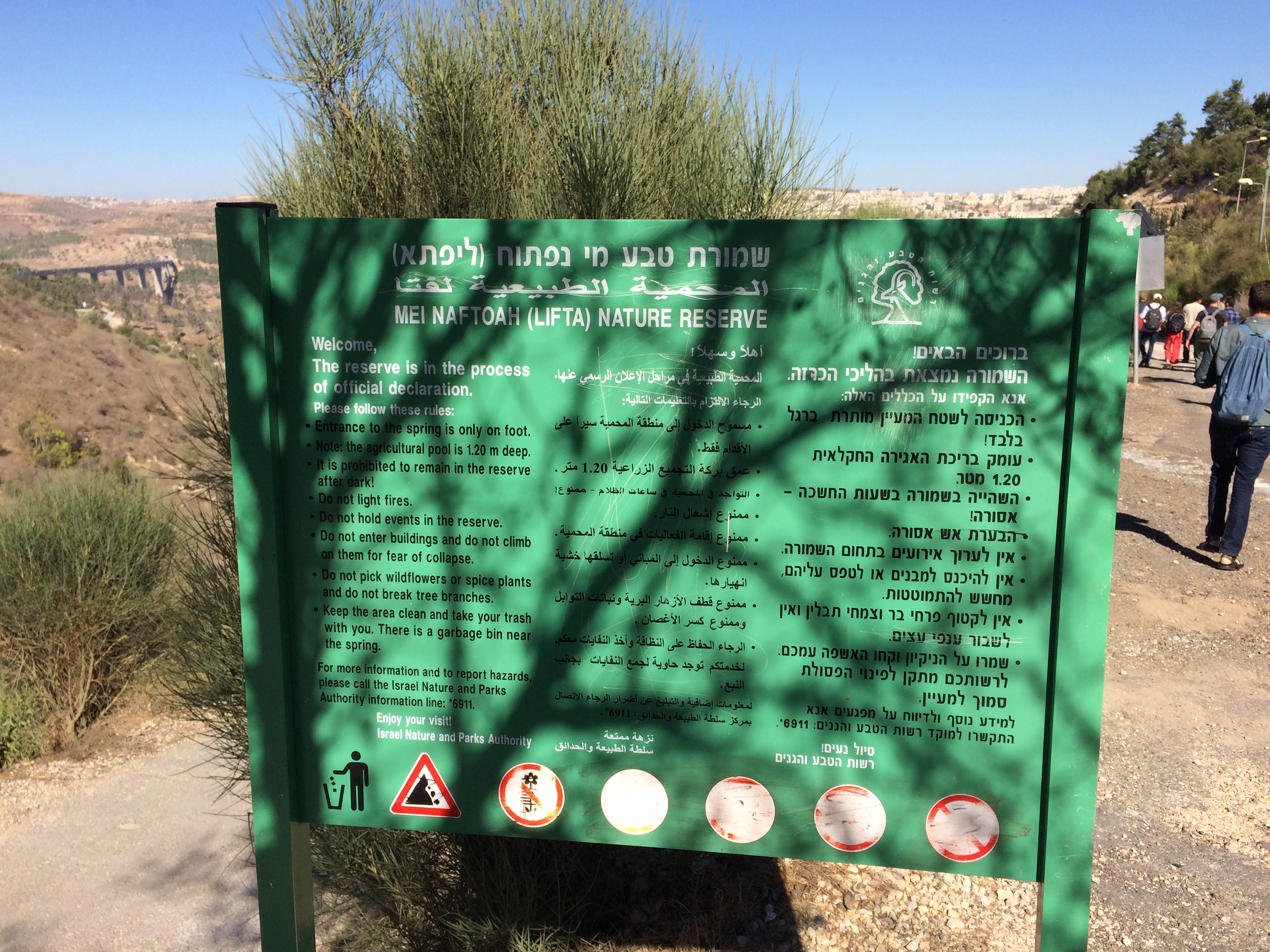 Our guide, Umar, and the organization with which he works, Zochrot, has undertaken the work of documenting 600 places cleansed of their Palestinian inhabitants between 1948 and 1968 – where they were, their names, who lived there, their GPS coordinates.  Zochrot is creating new maps and translating them into Hebrew – the first of their kind.  Stories from these villages, wherever possible based on first-hand interviews, are being published and, again, translated into Hebrew.

Do we dare to dream of reconciliation in Palestine?

Through the lens of my faith tradition it seems….
Reconciliation must be preceded somehow by forgiveness.
But forgiveness follows repentance.
And repentance demands acknowledging the sin.

Let us hope, pray, and act that these precious new maps and stories contribute to a path that leads through acknowledgment of the sins of violent expulsion and occupation, to a collective repentance, and finally to a reconciliation grounded in justice.

From Zochrot’s website: “Zochrot (“remembering” in Hebrew) is an NGO working since 2002 to promote acknowledgement and accountability for the ongoing injustices of the Nakba, the Palestinian catastrophe of 1948 and the reconceptualization of the Return as the imperative redress of the Nakba and a chance for a better life for all the country’s inhabitants..”

Please note this program featuring Zochrot at The Palestine Center on 16 September.