A New Voice from the Grassroots of the South Hebron Hills 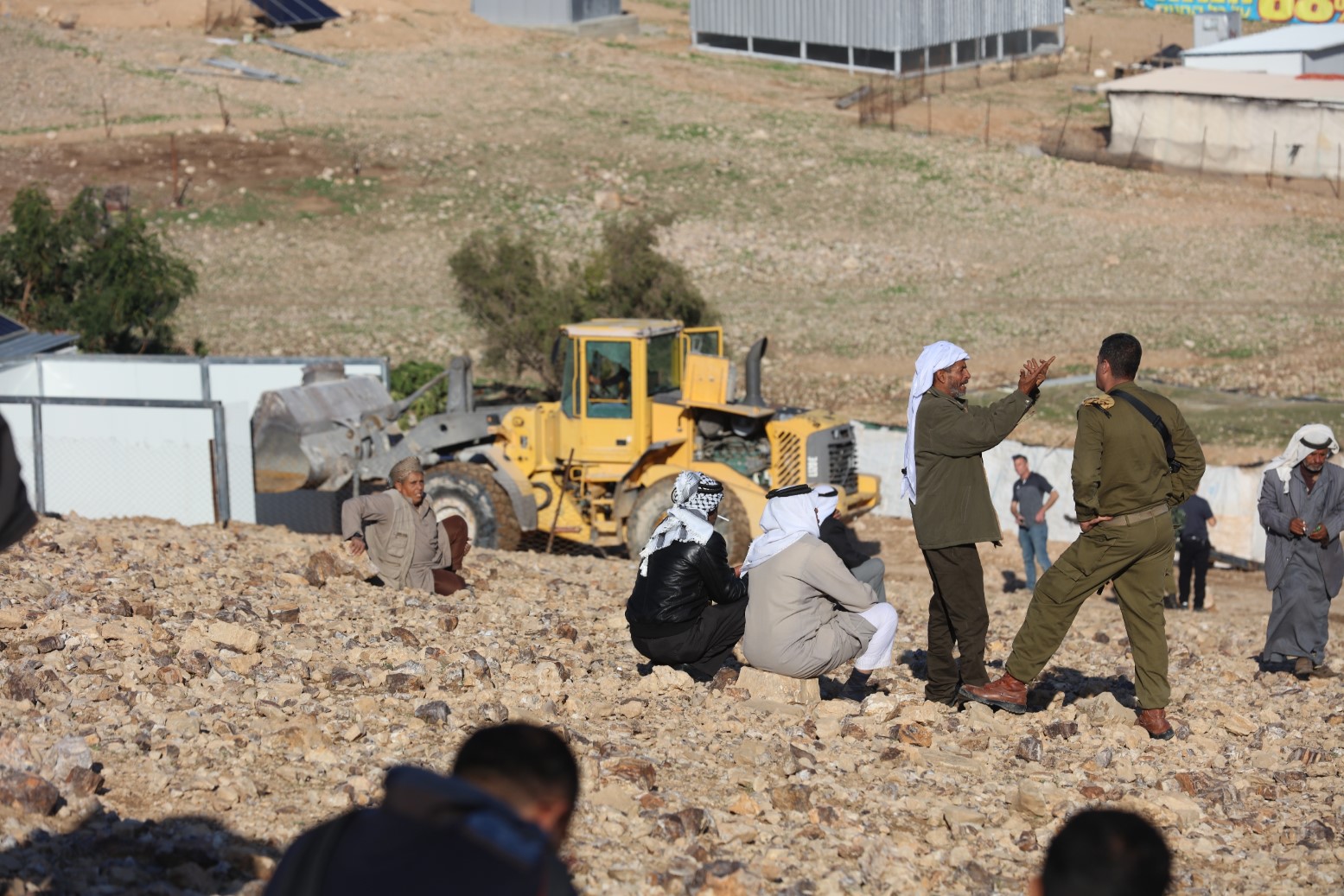 Cody O’Rourke was about 25 back in Michigan when a friend at the Church of the Brethren shared about his recent stint in Hebron with Christian Peacemaker Teams – “getting in the way,” as CPT likes to say, of IDF soldiers harshly detaining children on their way to school. That was 2005 and O’Rourke didn’t know a Palestinian from a Palomino. (He was a poor student, who had gone from high school to ironworking and drinking and brawling after work.) “Good talk Bob,” he told his friend, but actually he remained mystified by the whole thing. Bob, however, said, “You should do it, too,” which was ridiculous, except when he said he would pay all the expenses. And so, “totally by accident,” O’Rourke went to serve in Hebron, still thinking that CPT was just a generic humanitarian group helping the needy.

“First couple days, some of the local guys were taking me around. They kept getting detained and mistreated by heavily armed patrols. I saw discrimination then, really for the first time. It made feel powerless; it shook me up,” he told us in December at the Palestine Center in Washington. He didn’t let it pass. Now he speaks as Communications and Advocacy Coordinator for Good Shepherd Collective (GSC), an NGO based in the South Hebron Bedouin village of Um al-Khair. His four fellow-staffers are all members of the Hathaleen family, which largely populates the village.

O’Rourke settled permanently in Palestine in 2012, but he lives in Israel with his wife and their son. She is the daughter and their boy is the grandson of Jeff Halper, the remarkable co-founder and former director of the Israeli Committee Against House Demolitions. Cody was an unlikely son-in-law. Before that he had been an unlikely ICAHD staffer – except that he had a lot of skills useful in building and rebuilding houses.

The inescapable reality in Um al Khair village is pressure from the illegal Carmel settlement nextdoor. Most painful are the house demolitions. Every house but two face demolition orders from the Israeli military authority. The orders are enforced at will. This “Sword of Damocles” existence can be unbearable, O’Rourke says: “A friend of mine was stressed prepping for big exams at Hebron University and broke down, telling me, ‘I almost wish they’d just demolish the house and get it over with and I could just focus on the exams.’ So, the Israelis have created a situation where someone literally wants his house demolished.”

In his current position O’Rourke helps GSC build programs and campaigns to shield the houses in Um al-Khair and throughout Palestine-Israel. GSC’s brochure says it “raises awareness of the violent and unjust structures operating in the Holy Land … and organizes to change the policies and laws that underpin these structures through grassroots campaigns.”

He showed a beautiful and heartbreaking video about the people of Um al-Khair. GSC offers visitors many ways to learn about and sample life in the village, with a guest house, camping or hiking in the desert, shepherding, goat-milking, Bedouin breadmaking, textile crafts and even conversation with a traditional Bedouin judge. O’Rourke also wanted to promote a campaign in the U.S. to target an aggressive settler NGO called Regavim (regavim.org) that GSC sees as highly threatening but also as vulnerable.

The magazine +972 said in September 2012 that “Regavim has one clear goal: the brutal and selective implementation of planning and construction laws, encouraging the state to demolish Palestinian homes or public buildings. The demolition orders issued lately for the entire Palestinian village of Susya in the South Hebron Hills are the fruit of its labors.” O’Rourke credited Regavim with obtaining the destruction — on pretext of environmental protection — of a communal oven in Um al-Khair in 2014 that had operated continuously since 1962. They also procured legislation that cut the period before a new demolition order can be enforced to a mere 96 hours.

Regavim’s heavy fundraising campaigns in the U.S. say its mission is “to ensure responsible, legal, accountable and environmentally friendly use of Israel’s national lands and the return of the rule of law to all areas and aspects of the land and its preservation.” The key, of course, is that they deem the Occupied Palestinian Territories to be part of “Israel’s national lands.” Accordingly, Palestinians are deemed aggressors for simply living on their own property (which in the case of Um al-Khair the Hathaleen family purchased during the Jordanian regime after they were ethnically cleansed from their homes in 1948).

On its website, Regavim paints a grim picture: “Acre after acre, house after house, buying, squatting, illegally cultivating the soil that is not theirs, sometimes with guile, other times with violence, with huge sums of money and firmly backed by anti-Zionist organizations in Israel and abroad, Israel is losing its hold on the Jewish people’s lands. … Under the auspices of the hesitant Israeli leadership and the bound hands of the enforcement authorities, time is slipping away and with it, the land reserves that belong to us and future generations.”

O’Rourke says Regavim gets 25 percent of its budget from charitable donations in the U.S. It is that funding stream GSC is targeting. The idea is straightforward: Charitable organizations must serve purposes that meet IRS standards for 501(c)(3) programs. Regavim masks its activity as in the public interest but they invariably target indigenous people, whether in Hebron, the Negev, the Galilee, the Golan or Jerusalem. Such discrimination violates the IRS rules. Key to the GSC strategy is the fact that 501(c)(3)s like Regavim – or the Central Fund of Israel in New York, which provides assistance – also must register in every state within which they operate, O’Rourke says. IRS probes are difficult to generate but GSC believes state attorneys general could be persuaded because they are elected officials who must pay attention to the complaints and petitions of voters. Rather than challenge mega corporations such as Caterpillar, for which BDS is the merest pinprick, this target is to scale, O’Rourke says. Even modest success would be impactful.

The campaign against Regavim is still in development, O’Rourke told us. But the village of Um al-Khair clearly has developed its strengths working with him and GSC. The voice of the people came through powerfully in the short video. It’s an unique communal voice that is new to the world and that includes a new note from deepest Michigan, but their song of love for their land is ancient and indomitable.

Editor’s note: Thanks to EPF PIN member Steve France for this report.  Check out the Community section of our website for other reports and writings.   Check out the Good Shepherd Collective’s website.