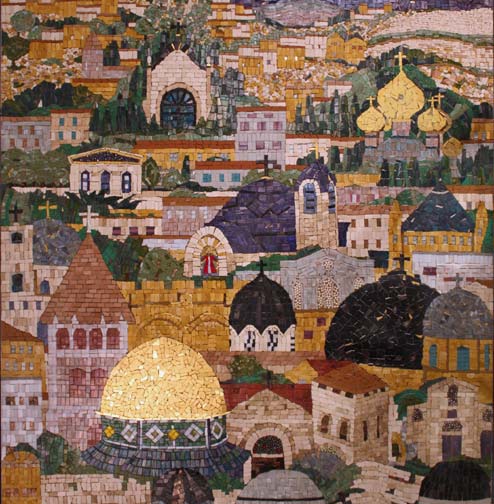 One who journeys without being changed is a nomad.

One who changes without going on a journey is a chameleon.

One who journeys and is transformed by that journey is a pilgrim.

The EPF PIN-led delegation to Palestine has completed its time there. All the pilgrims have returned to their homes in the US now, but the pilgrimage continues in each participant. These final reflections are deeply personal, excellent examples of the process of pilgrimage as Nepo defined it. As any holy land pilgrimage ought to be, this one was unsettling but, ultimately, transformative.

Distracting Ourselves from Hopelessness

Since returning three weeks ago, trying to pen some reflections on this my umpteenth trip to Palestine to witness to the human catastrophe that Israel and my government have visited on the Palestinian people, I’ve been wrestling with sadness, grief, depression, I’m not sure what. More so than has been usual for me. Thoughts about hope tumble around in my heart—whether what I witnessed in Palestine this time, especially in Gaza, gave me hope for the Palestinians’ future or stripped me of hope, whether our group’s visit inspired some bit of hope in the Palestinians we met, whether these Palestinians inspired us with hope, whether ultimately we’re all simply distracting ourselves from hopelessness. I think my answer to all these questions is yes in some measure.

To me, Palestine has always been magical in so many ways: the abrupt undulations of its landscape almost heart-stopping in their majesty, the expanses of desert and mountain deeply evocative of life as Jesus must have lived it here, the people—especially the beautiful people of Palestine—remarkably warm, gracious, resilient. It’s always wonderful to be there. But it’s also always sad. I wasn’t even really aware of all the history the first time I visited, coming up to 60 years ago—of the fact that various actors had already given Palestine away, or simply taken parts of it, multiple times. But even back then, there was the knowledge of dispossession and refugees, and sadness.

On each trip in the decades since then, things have grown worse—worse in reality, not merely in my understanding and perception. Each visit, each year, you think nothing could get worse, but “worse” is a bottomless container when Israel is filling the pit with killings, walls, movement restrictions, home demolitions, cages, sieges, bombings, land theft. And when the United States just adds more and more to Israel’s arsenal: use up a lot of bombs to flatten multistory apartment buildings in Gaza, did you? Don’t worry—one US president or another, one Congress or another, will simply replace the armament, and add more for good measure. And, while they’re about this, will cut more and more from the aid budgets of any organization, international or otherwise, that helps Palestinian recovery.

Enough of my complaining! This reflection is, after all, not about me and my feelings; it needs to be about the Palestinians and what they endure. So, ultimately, if I feel hopeless on behalf of the Palestinians after again witnessing what they live with under Israeli domination, I cannot show it. The Palestinians we met didn’t show it—they can’t because hope is the only thing that keeps them going. Hopelessness is not really an option for any of us, American or Palestinian, and I have absolutely no right to it—no right to stop at least working as though I have hope. I’m not the one suffering this catastrophe; as someone whose government supports Israel’s settler colonial regime and serves as armorer of Israel’s massive military machine, I’m complicit in what has been done to the Palestinians, so I cannot simply give up.

The task that I and all of us solidarity activists and pilgrims perform during each witness trip, with each street protest, with each prayer that we recite and article we write that speaks truth to power is to distract ourselves from hopelessness. I can always come home and escape the bad water, the aroma of sewage spilling into the sea, the lack of electricity, the grinding poverty, the desolation of life in Gaza, the nighttime military raids and arrests of children in the West Bank. But I can never separate my heart or my spirit from Palestine and the suffering of its people, so I can remain filled with sorrow and righteous anger, but I can never stop hoping and working.

Below is a kind of poem that I wrote 15 years ago for the online magazine Counterpunch.org. It expresses the way I still feel about Palestinians today. (If I were writing today, I would add more about Gaza, which I hadn’t even visited 15 years ago. I would particularly add some thoughts about the young men we saw in Gaza outside a hospital, with missing legs or leg injuries that require casts or prominent orthopedic hardware protruding from lower legs, because they’ve been shot in the leg by Israeli snipers during nonviolent protests at the barrier that encloses besieged Gaza and separates it from Israel. The protesters have been asking, for the last almost two years, for the ability to return to homes and land that their families lost in 1948 when Israel was established. Israel has responded with a violent NO!, by shooting many to death, including first responders there to rescue the injured, and by precisely shooting many young men in the leg. Thousands have lost limbs or been permanently disabled. One can only assume that Israel is trying to shoot the legs out from under any prospect of Palestinian resistance.)

A Palestinian child died in my arms today. It was a young boy; it was a girl. It was an infant; it was a 13-year-old. She had been shot 20 times by an Israeli soldier firing U.S.-made bullets; he had been dismembered by a missile fired from a U.S.-manufactured Israeli helicopter gunship. I am a Palestinian, and these were my children.

I comforted a woman today whose house was demolished by Israeli bulldozers, monsters of destruction made in America. I helped her pick through the rubble of her home to retrieve her children’s clothing and toys. I comforted her children, who will have no toys and no place to sleep tonight. I listened, thunderstruck, as her husband wailed aloud, standing in front of the pile of broken concrete that was his home. I will not be able to persuade his children that he has not failed them, not failed to provide the protection that any father must give his children. I imagined my own home in ruins, my own children bereft, and I wept. I am a Palestinian, and this woman, this man, these children are my countrymen.

I stood with a Palestinian farmer today whose agricultural land has been destroyed by Israelis. He is a middle-aged man whose olive orchard, his only means of livelihood, was burned and cut down by U.S.-subsidized Israeli settler thugs. The farmer is a young man whose greenhouses and prime agricultural land, left to him by his father and his grandfather, were leveled by Israeli soldiers driving U.S.-manufactured Caterpillar bulldozers, clearing land for a concrete separation wall meant to grab prime land for Israel. The farmer is an old man who watches daily as Israelis build new homes in settlements on land that belonged to him until it was stolen. I am a Palestinian, and these farmers once fed my now-impoverished people.

I stood in the hot sun at the notorious Huwara checkpoint south of Nablus with hundreds of Palestinians waiting for permission to go to work, to school, to medical appointments. I stood in the driving rain at the Qalandiya checkpoint between Jerusalem and Ramallah, waiting with hundreds of others who must pass here every day, waiting for hours to get to work and then hours more to return home. There is no sun more searing, no rain more cold and driving than in Palestine, yet we all stood like automatons, fearful of arousing the anger of the power-mad teenage Israeli soldiers who control our lives and our freedom, fearful that they would shoot us if we showed any evidence of emotion. In the middle of the night last night, I consoled a woman who gave birth on the ground at a checkpoint because an Israeli soldier in his teenage wisdom regarded her as a security risk, and later I rode in the ambulance as she bled and her baby turned blue and perished. I am a Palestinian, and I stoically endure the peculiar humiliation of these checkpoints with my countrymen.

Ordinary words fail. The horrific fate of Palestine cries out for the power of poetry. This is no powerful poem, or any poem at all, but it is a cry from the heart. I care about murdered Israeli children too, but there are far fewer of them, and my government already embraces them. I embrace Palestinian children because so few others do, because my government cares nothing about them, because my government kills them.

I am a Palestinian. I live the daily lives of Palestinians. I cradled a dying Palestinian child in my arms today.